Can a lack of soluble fiber promote weight gain? 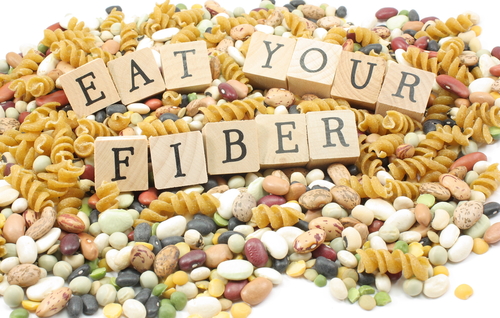 It is well known that consuming excessive amounts of high calorie and processed foods can cause weight gain, but according to new research a shortage of soluble fiber in the diet may also effect weight. A recent study in the American Journal of Physiology — Gastrointestinal and Liver Physiology found an important link between weight gain and a lack of soluble fiber in the diets of mice.

In this study researchers observed the effects of diets with different amounts of soluble and insoluble fibers, protein and fat in mice; focusing on the intestines, fat accumulation and weight gain. They found that mice with fiber-deficient diets gained weight and had a higher body fat percentage than mice with diets that were rich in soluble fiber. Additionally, they found that adding soluble fiber to the diets of mice who previously lacked this fiber assisted with restoring gut structure. This restoration was caused by changes to the gut microbiota and its production of short chain fatty acids, which have anti-inflammatory qualities. The researchers believe this supports the theory that soluble fiber supports gut health by stimulating the gut microbiota to produce short chain fatty acids.

According to the researchers, “If our observations were to prove applicable to humans, it would suggest that encouraging consumption of foods with high soluble fiber content may be a means to combat the epidemic of metabolic disease. Moreover, addition of inulin and perhaps other soluble fibers to processed foods, including calorically rich obesogenic foods, may be a means to ameliorate their detrimental effects”.

By Olivia Mungal Usually, when people think of “salad”, they think lots of leafy greens, but that doesn’t always have to be the case. There… 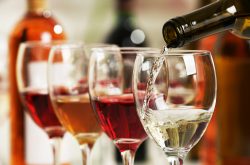 Having Wine with Your Valentine?

By: Crystal Shelton If you are celebrating Valentine’s Day in any way, chances are you may have a glass of wine with dinner or even…

By: Christine Howard, Social Media Manager When you think of dessert, chances are it’s something delicious but also something that’s loaded with sugar, carbs, fat…