Young at Heart: Results of the CALERIE Trial

One could argue that aging well is something that everyone wants. While no one has cracked the code to living forever, a recent study – the CALERIE Trial – found that cutting caloric intake might give some surprising benefits! Maybe there’s a way to truly be young at heart after all!

The recent study suggests that cutting caloric intake by 15% over two years may result in slowed aging, boosted metabolism, protection against some age-related diseases and decreased oxidative stress.1,2 The study is the second phase of the CALERIE (Comprehensive Assessment of Long-term Effects of Reducing Intake of Energy) clinical trial. It is the first of its kind to focus on the effects of sustained calorie restriction in humans.3 Phase 1 studied the metabolic effects of calorie restriction in non-obese humans at differing caloric restrictions (20% – 30%), differing BMIs (25 – 30) and different age groups for six months to one year.3

Past studies that state that a slower metabolism may lead to healthy aging. This idea is what the CALERIE study has awakened, according to lead author, Dr. Leanne M. Redman.

“The CALERIE trial rejuvenates support for two of the longest-standing theories of human aging: the slow metabolism ‘rate of living’ theory and the oxidative damage theory.”2

In the March 2018 Cell Metabolism journal article, it is stated that future research on caloric restriction for healthy aging would factor in

What do you think about the recent findings of the CALERIE Trial?
Tell us in the comments below!

A Change in Body and Mind

While any weight loss journey is about physical transformation, it’s often the changes that take place on the inside that make the difference for success,…

Are Protein Rich Breakfasts the Answer for Overweight Teens?

by Theresa Greenwell, International Science Several research studies have shown that protein rich meals or snacks can lead to a reduction in snacking, an increase in… 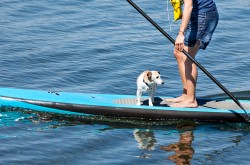 With this August heat, it’s hard to believe that fall is just around the corner. Before we know it the days of shorts, t-shirts and…