Energize through the Holiday Season! 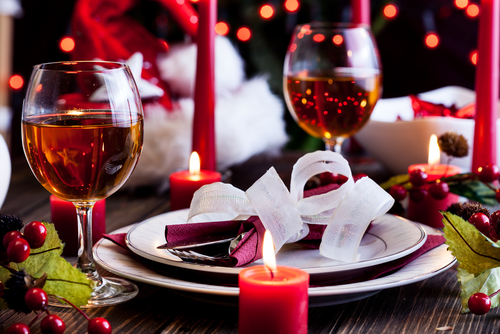 No matter what generation you fall into, more energy is desired by all. It is the one thing that most people say they could use more of on a daily basis. Especially this time of year when there is so much going on! The good news is several ingredients are available that have been shown to have direct effects on both physical energy levels as well as mental energy. If looking for that extra push to get through the day, some of the following ingredients could provide benefits.

Caffeine is one of the more common ingredients known to promote energy, and possibly the most frequently used stimulant among athletes. It works by stimulating the central nervous system.  Specifically, it works to block adenosine receptors and this blockage is thought to increase the release of neurotransmitters like dopamine. It also works to stimulate respiration and decrease airway resistance by blocking adenosine receptors and inhibiting phosphodiesterase, an enzyme that breaks bonds within the body. In addition to producing energy, caffeine has also been shown to promote focus and alertness.
Several natural ingredients are sources of caffeine. Some of these include guarana, green tea and yerba maté. Caffeine sensitivity is varied for everyone so it’s important to know how your body responds to caffeine before choosing this ingredient as an energy enhancer.

Advantra Z® is a patented extract of bitter orange, also referred to as Citrus aurantium. This patented ingredient for weight loss and sports nutrition is strongly backed by clinical data for its effectiveness in increasing energy and promoting thermogensis. The primary active components in bitter orange are adrenergic amines, including synephrine. Synephrine is similar to ephedrine and acts as a natural stimulant. Studies show that Advantra Z increases resting metabolic rate and promotes the breakdown of fat. These effects are achieved by stimulating the beta-3 cell receptors which help the body’s response to adrenergic amines such as adrenalin and noradrenalin. The beauty of Advantra Z is that this is achieved with minimal impact on other receptors which are responsible for increased heart rate and heightened blood pressure. Because many stimulants can have been associated with negative impacts on health, it’s important to note multiple safety studies have been conducted on Advantra Z. There are now more than 20 studies evaluating the safety of Advantra Z. In fact, the FDA released a report attesting to the safety of Advantra Z specifically. The numerous studies make this ingredient one of the most patented thermogenic ingredients with effects and safety in the weight management, sports nutrition and energy categories.

Guaranais a shrub which primarily originates from Brazil. Its seeds have been traditionally used to increase mental alertness and decrease fatigue. Guarana naturally contains caffeine and this active component is responsible for its effects. The caffeine works by stimulating the central nervous system and increases the release of important neurotransmitters like dopamine. Guarana also contains theophylline and theobromine, which are chemicals like caffeine and work very similarly. Studies also support guarana’s role in extending the duration of Citrus aurantium (bitter orange), working synergistically with that ingredient for a more pronounced energetic effect.

B Vitamins are no stranger for their roles in health and various functions within the body. Specifically, each of the Bs have roles in enhancing energy and also improving cognitive function, or “mental energy.” Collectively, they work to enhance overall energy and improve aerobic capacity. Vitamin B6 supports the normal synthesis of neurotransmitters in the brain. It also promotes the conversion of glycogen to glucose for energy in muscle tissue and promotes optimal mental performance. Vitamin B2, also known as riboflavin, promotes the conversion of food into energy and acts as a cofactor for activating B6 and folic acid. Vitamin B12 plays a critical role in the Krebs energy cycle, which helps promote optimal energy levels. Folic acid helps facilitate the production of neurotransmitters and promotes healthy neurological functions. Lethargy, mental and physical sluggishness, can also be caused by a vitamin B12 or B5 deficiency. When possible, supplementing with the activated forms of the B vitamins helps the body to work less to get the vitamin into a usable form, leading to increased utilization. It is important to mention that our bodies do not store B vitamins, so it is imperative that they are replenished daily through the diet and dietary supplementation.

If your desire is to boost energy levels, both physically and mentally, a number of ingredients have been shown to provide significant benefits. Natural ingredients including vitamins and certain herbals have all been studied for their energy-enhancing effects. 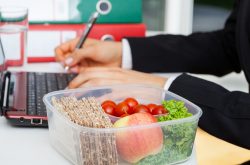 By: Kristin Pulling Eating meals out is one of the biggest culprits of unwanted weight gain. In addition to adding inches to our waists, the…

By: Thomas Baker If you thought your TLS® Shake couldn’t be used for both diet and gaining weight, you’re wrong! Easy to adjust to your… 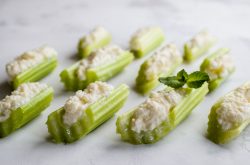 By Crystal Shelton Looking for healthy snacks that kids can prepare themselves after school? Many of these options can be easily assembled with food most…