Does Your Oil Reduce Your Risk of Disease? 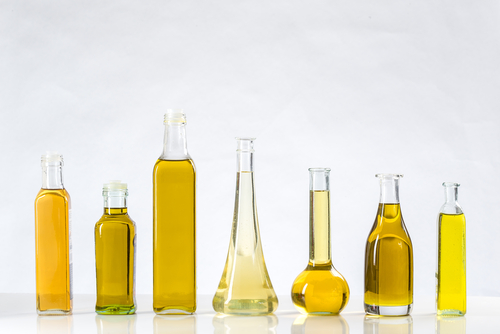 A recent study by researchers from the Ohio State University found that the risk of heart disease and diabetes may be reduced by a diet that is high in a lipid that can be found in oils like grape seed, but not olive oil, which is a staple is most households.

They discovered that individuals who had higher linoleic acid levels were less likely to have an excess of heart-threatening fat between their vital organs, and that these individuals also tended to have more lean body mass and a reduced amount of inflammation. In addition, higher linoleic acid levels also contributed to a decreased risk of insulin resistance, which is a precursor to diabetes.

However, our access to linoleic acid has decreased over the years, according to the researchers, because of the genetic modification of plants by food manufacturers who are pursuing oils higher in oleic acid, instead of linoleic acid. Nonetheless, there are still oils available that contain high levels of linoleic acid. Lead researcher, Martha Belury, a professor of human nutrition, maintains that grape seed oil continues to be a great source of linoleic acid, as well as corn oil.

While this study had some exciting findings, further research has to done because this study only shows a link between higher levels of linoleic acid and a decreased risk for heart disease and diabetes. As Belury says, it doesn’t explain the relationship between linoleic acid and measures of risk for heart disease and diabetes. Nevertheless, based on the positive results in this study, it’s probably a good idea to switch out your olive oil for an oil that is rich in linoleic acid, like grape seed oil.

Maintaining Your Weight Loss While Traveling

By Kristin Pulling, TLS Weight Loss Solution Product Manager This was my second year attending Market America World Conference in Miami, and I am proud…

30 Days of TLS Tips to Thrive the Holiday Season

We have something exciting for you – today kickoffs DAY 1 of our #TLS30ToThrive the Holiday season. That’s right, 30 TLS Tips in 30 days…. 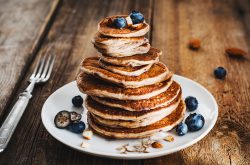